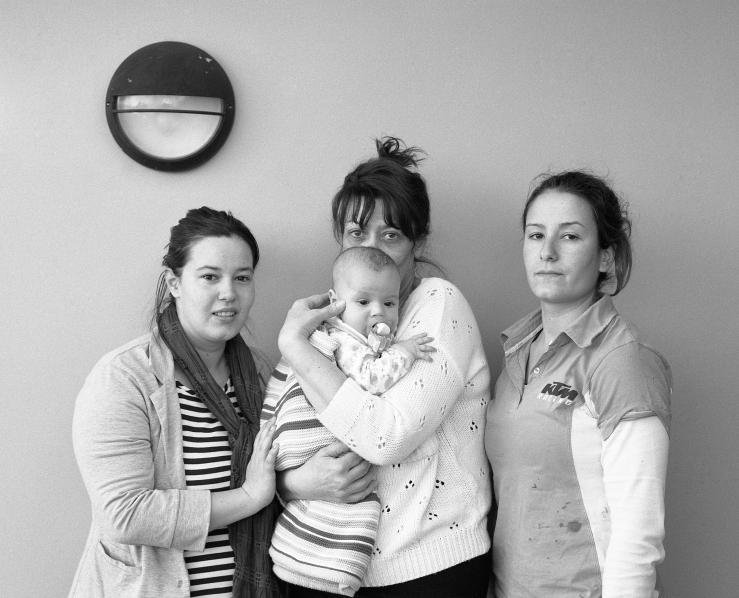 Sunday the 21st of july marked the one year anniversary of when i finished photographing 40 days.

Well i thought i finished, this photo was taken on that anniversary, thirteen months after we lost my father in law. Day 405.

One year after the incident and we’ve all changed so much, my wife now a mother, my sister in law now a woman taking up the reigns of the household and my mother law in the centre is still grieving over the loss of her husband.

The baby in the centre being held by mother in law is my daughter Charli.

Charli was the biggest decision of our lives.
Two days after we lost Tony we decided to have a baby.
The main reason behind it was because i was born with a very rare disorder.
I have Von Willebrand disease type 3, the easiest explanation is that my body only produces a small amount of clotting agent so when i bleed……i bleed a lot.

Even the past four days i’ve been nursing a bleeding nose.
Losing Tony suddenly was a real eye opener for us.
I honestly thought i would go first….before everyone i knew.

The plan changed. Instead of waiting until we were financially secure with a house, a car and a career we were happy with. Instead we decided we wanted Charli to spend as much time with me as possible.

It was the best decision we have ever made.
The day we decided to have a baby was the day i decided to change why i use film photography,I now use film to have a physical representation of my first person view.
Something i was going to pass down to this person i haven’t even met yet.

What she does with my memories is totally up to her, this is my legacy to her.

Never to impress but simply to record.

This site uses Akismet to reduce spam. Learn how your comment data is processed.